There are 132 Armed Forces Hospitals in the country. The State / UT-wise number of such hospitals is as under: 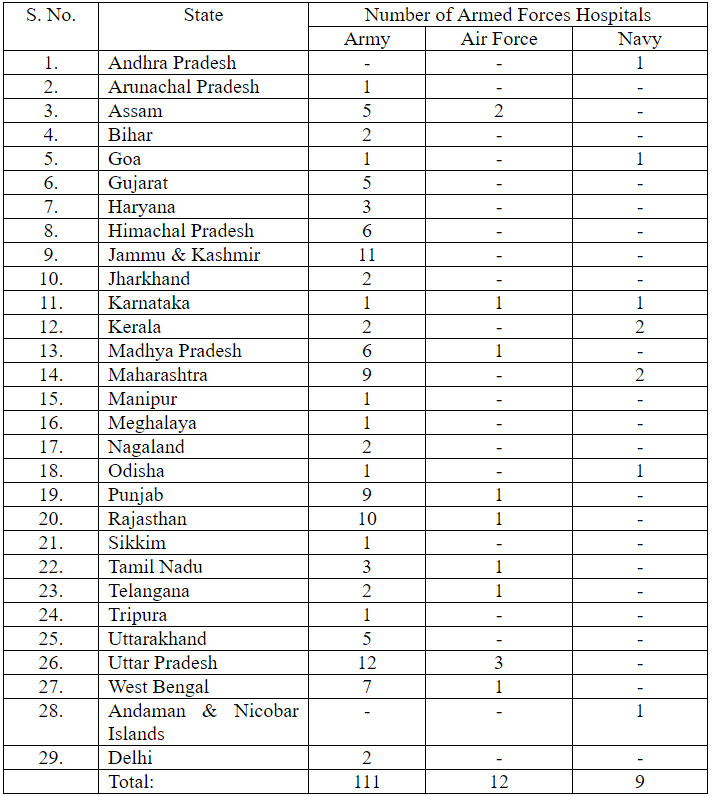 There are 98 Field Hospitals, which are located in different parts of the country based on operational requirement. In addition, one Military Hospital is being raised at Likabali, Assam and approval has been granted for raising a Military Hospital at Panagarh, West Bengal.
This information was given by Minister of State for Defence Dr. Subhash Bhamre in a written reply to Shri Sunil Kumar Singh in Lok Sabha today.