After releasing Consumer Price Index(IW)for the month of July 2014, the ‘Expected da for January 2015’ has been completed the first hurdle among the six with satisfied hike. Still five more month statistics of AICPIN to calculate accurate percentage of additional DA from Jan 2015. 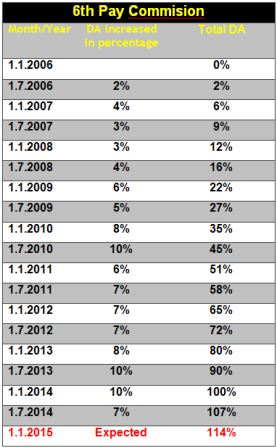