You are here: Home / 7th Pay Commission News / Cheaper Or Costlier? How GST May Impact Prices Of Goods

Cheaper Or Costlier? How GST May Impact Prices Of Goods

GST or goods and services tax changed the indirect tax landscape of the country from July 1 by subsuming over a dozen of state and central taxes. Since GST is meant to eliminate “tax on tax”, experts say overall tax burden on goods is expected to fall over time. Many essential goods such as unpacked food grains, gur, milk, eggs and salt won’t attract any tax under GST. Some services will get costlier as banking and financial services have been put in the 18 per cent rate slab under GST, from 15 per cent earlier.

“However, going forward, it is expected that due to reduced cost because of availability of GST credit on items hitherto not available, the price of services will also come down which will benefit the consumers,” says Sandeep Sehgal, director-tax and regulatory at Ashok Maheshwary & Associates LLP.

Here is the list of goods, their current effective tax rates and respective GST rates under the new tax system, according to professional services firm EY: 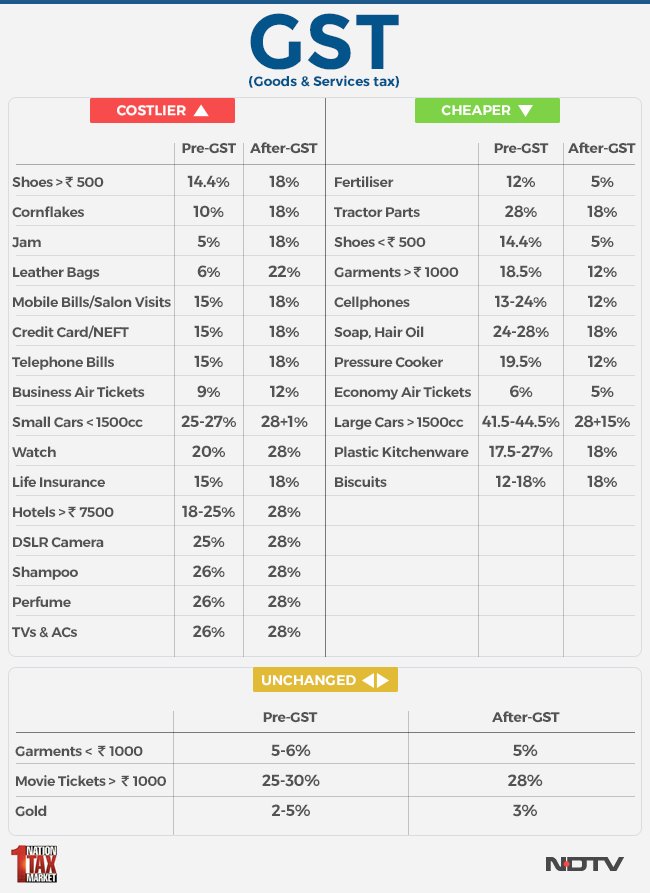